“Show me a child well disciplined, perfectly governed at home, and I will show you a child that never breaks a rule at school.”

When Clara was sixteen years old, the famous Fowler brothers visited Oxford. The Fowler brothers were phrenologists, “scientists” who studied the bumps on a person’s head to determine their future. After studying her, they declared a career in teaching would cure Clara of her shyness. In 1839, at the age of seventeen, Clara became a teacher in a one-room schoolhouse in North Oxford, Massachusetts. Clara earned praise when she refused to physically punish her students, yet was able to produce disciplined scholars. She later wrote, “Child that I was, I did not know that the surest test of discipline is its absence.”

Clara Barton excelled as a teacher. She captured the imagination of her students so they were eager to learn, just as her father had held her interest with tales of his service in the Indian wars. Clara left her mark on each school in which she taught, organizing the classroom and drafting lesson plans.

“If you will let me try, I will teach the children free for six months.”

After teaching in the Oxford area for a dozen years, she decided to further her own education and in 1850 enrolled at the Clinton Liberal Institute in Clinton, New York, for a year of study. Clara then moved with a friend to Bordentown, New Jersey.

New Jersey, unlike Massachusetts, had no free public schools. With the help of the local school committee, Clara decided to open her own school in Bordentown. She was disappointed when only six students appeared on the first day of classes, but word soon spread of Clara’s teaching abilities and by the end of the school year she had over 200 pupils.

“I may sometimes be willing to teach for nothing, but if paid at all, I shall never do a man’s work for less than a man’s pay.”

The people of Bordentown were so impressed with their new school that they spent $4,000 to build a new and much larger school building. When Schoolhouse Number One opened in the fall of 1853, Clara was shocked to learn that she would not be principal of the school which she had founded. Instead a man was hired, at twice her salary, to run the school. Upset over the loss, Clara resigned. 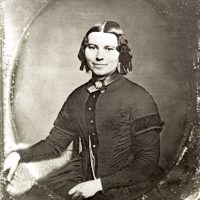 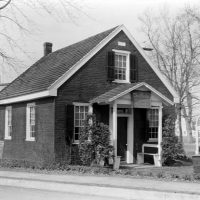 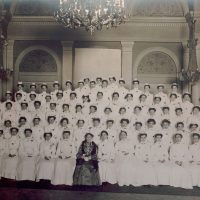 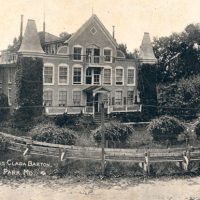 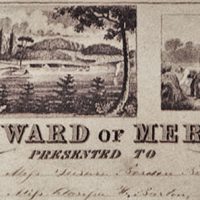