Clara embarked on an extensive nationwide lecture tour following the Civil War, captivating audiences with tales of her battlefield experiences. While resting in Europe under her doctor’s orders after the exhaustive tour, Clara was contacted by officials from the International Red Cross. Word of her wartime nursing and relief work had reached them, and they approached her to learn why her homeland was hesitant, even resistant, to adopt the Treaty of Geneva and establish a similar order in the United States. Clara told the officials that neither she nor her countrymen were aware of the organization. Clara quickly became involved; for her first effort for the International Red Cross she established a workroom in Strasbourg during the Franco-Prussian War to give residents of the besieged city some useful employment.

After learning firsthand how the group functioned, Clara realized the Red Cross could provide essential civilian disaster relief as well as wartime aid. She returned home in 1873 and worked ardently to convince her fellow Americans of the organization’s merits. After eight long years, Clara accomplished her greatest feat, founding the American National Red Cross in 1881.

Test your knowledge: How did Clara Barton's experiences during the Civil War convince her that America needed a Red Cross society? At what age did Clara first learn about the International Red Cross? How old was she when she founded the American Red Cross?

Clara Barton spent a decade organizing the American National Red Cross, which was officially incorporated in 1882. Under her leadership the Red Cross assisted with relief efforts following natural and manmade disasters, including forest fires, earthquakes, and epidemics. Clara galvanized the American people to assist their countrymen in times of hardship and loss.

Johnstown, Pennsylvania was a community of 30,000 built on a floodplain below a man-made lake. The dam that created the lake was poorly maintained and every spring it was feared the dam would give way. When the dam finally broke on May 31,1889 after a night of heavy rains, a staggering wall of twenty million tons of water rushed toward the town and consumed everything in its path. Over 2,000 people died and hundreds were missing. The American Red Cross immediately leaped into action, issuing a national emergency call for aid.

Clara and a staff of fifty doctors and nurses arrived in Johnstown days after the disaster and stayed on-site for six months, setting up hospital tents and helping survivors to get back on their feet. Donations of food, clothing, and building materials poured in from around the nation, including a large stock of lumber from Iowa. With no place to house the citizens or tons of supplies, Clara and her assistant, Dr. Julian Hubbell, designed a structure that could be built rapidly without stopping to saw the donated lumber. In four days they erected a large warehouse for the donated materials. Their building design proved so successful that a half-dozen “Red Cross hotels” to shelter the homeless were built from the same plan. Once the hotels were no longer needed, Clara had the buildings disassembled and the materials shipped to her home in Washington, DC for storage.

What purpose does the American Red Cross serve today? What kinds of services do they provide?

Clara never put anything to waste. When construction began in 1891 on a Red Cross supplies warehouse near our nation’s capital, she thought of using the surplus lumber from relief work at Johnstown, Pennsylvania. Having once served as a hotel for homeless victims of the epic flood, the large warehouse at Glen Echo, Maryland served as the first permanent headquarters of the national Red Cross organization as well as a residence for Clara.

Clara spent the last 15 years of her life in her Glen Echo home. After resigning from the presidency of the American Red Cross in 1904, Clara remained at her unique three-story home with various friends and supporters. The following year she founded the National First Aid Society, to support community aid programs.

Today the National Park Service administers the three-story structure on Oxford Drive in Glen Echo, Maryland as the Clara Barton National Historic Site, open to visitors every day of the year except December 25 -- her birthday. 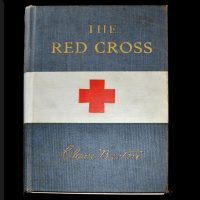 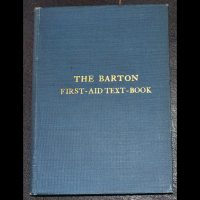 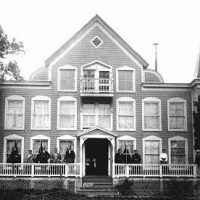